Self Care is Never Selfish

Some women fear that self care means being selfish. Yet, self-care never takes away from or depletes others. It enables us to keep giving. People often make this point through the metaphor of putting your own airplane oxygen mask on before helping others. The metaphor may seem obvious. However, many women still find it challenging to actually implement.

The way they women treat themselves — and allow themselves to be treated — creates a relationship blueprint for their daughters and sons.

I hear some women argue that time spent on regular self care takes away from their families. Parents, especially mothers, are often in the position of putting their children’s needs before their own. To an extent, this is necessary for a time when children are very young. However, many women develop a habit of putting themselves last. That habit can lead to serious burn out and have other consequences. 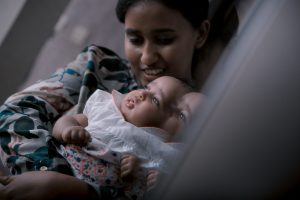 Care of others can also become the only way we know how to be in relationship. It can become the core of many women’s identities. If I am not useful to others, then who am I? In this scenario, a woman’s sense of self is merged with another person (partner, parent, boss, child.) This makes it nearly impossible to see oneself — let alone personal needs — apart from that relationship. It may also signal to others, “Hey, I don’t care much about my needs,” which may attract others who disrespect our needs, too.

A woman who has not had her needs met, who has been reluctant or afraid to assert self care, may suffer an internal crisis or even physical illness. These crises often come in the form of anxiety disorders or depression. I see this most frequently in my patients in mid-life or older age. 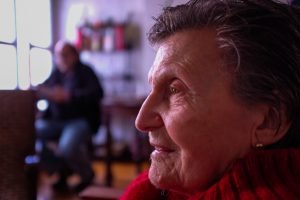 For a time, I was treating a coincidental cluster of women in their sixties and seventies who suffered from panic attacks. Their anxiety was so disabling, they relied on their husbands to drive them to my office. Though different in their life paths, each had — to an extreme — subsumed her own needs and dreams to her husband’s. After decades of deferring to others, an existential crisis surfaced: What have I done with my life? Why don’t I feel loved? Is there still time to have something for myself?

In each case, I was surprised by the hunger for self care these women eventually expressed. First, we had to explore “permission” to even have needs. Then anger surfaced over years of being dismissed. Each woman began to mourn how putting themselves last affected their lives and those of their children.

I was equally surprised by how swiftly things began to change in their relationships. All those years of pent-up needs and resentments fueled a mini-revolution within each household. One demanded that her husband finally retire, as he had long promised, and spend more time on family life. Another began to develop outside friendships where she could feel appreciated. A third declined to go to events she had always shown up for, but resented. Their anxiety and depression simultaneously subsided.

These are complicated relationship patterns, which will be explored from different angles through future posts. The point is that how women treat themselves can have consequences that ripple out though a lifetime, sometimes across generations.

If you see yourself in one of these descriptions, remember: Your needs are real. It is up to you to make sure that your self care needs get met. You are not selfish, and no one can do it for you.

About the Author: Amra Stafford