The Power of the Do-Over

I believe in do-overs. Whether it’s having a difficult conversation, changing a habit, or trying something new, the opportunity to approach something a second time takes the pressure off. When we know that, “Okay, that didn’t go the way I wanted. I can go back tomorrow, though, and try it again,” the world becomes less black and white. It’s not about getting it right or wrong the first time. It’s not about success or failure.

Why is this self care? Because perfectionism is the enemy of being self-kindness. Because giving up and calling an first attempt a failure reinforces the feeling that we cannot change. Because how we think about our ourselves actually changes our brains. That makes it easier — or harder — to change self expectations and how we treat ourselves. 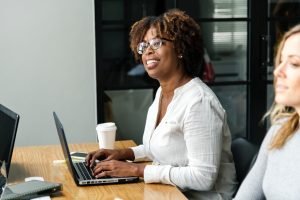 Getting everything right the first time, all of the time, is impossible. Not only that, it’s an incredible amount of pressure. In my psychology practice, the “perfectionists” are the ones who show up, notepad in hand, ready to change! (I use the term “perfectionist” with full respect. This is my inherent approach to life and I joke that I’m a “recovering perfectionist.”) These are the “A” students who initially treat therapy like a series of assignments, certain that they will perform well. They are the patients most likely to try to please me with their progress. They can also be brutally critical of themselves if they don’t stick the landing and get a “10”.

The problem is, therapy is hard and the process is messy. Change is scary. Old patterns exist for deep reasons and aren’t easy to just erase.

The example I see here most often is The Difficult Conversation. In this scenario, a woman seeks to change a relationship pattern. Then, when faced with actually initiating/saying/responding differently, she gets so emotionally caught up in the interaction, she forgets about trying a new approach. Or she doesn’t recognize the pattern happening again. Or she gets scared about the other person’s response. The next time I see her in therapy, the perfectionist reports her “failure,” certain that I will judge her as harshly as she is judging herself.

Enter the magic of the do-over. Change is not about getting everything right, perfectly, and bringing home the “win” to therapy. In this Difficult Conversation example, a do-over is relatively easy. Simply saying something like, “You know, I was thinking about our conversation last night and I realized…” or, “I took some time to reflect on our talk and wish I had said…” can be a natural segue into the do-over. Here, the do-over can restore a sense of control when emotions may have gotten out of hand the first time around. It also teaches your inner critic that taking a second or even third pass at change still counts as a “win.”

“…perfectionism is the enemy of self-kindness.”

Giving up in the face of trying to change a habit or relationship pattern is something I also see. Fear — of the other person’s response, of hurting the other person, or of facing what life might look like if the change were enacted — most often drives this scenario.
“My husband gets so angry if I don’t….”
“If I make this change for myself, who is going to” do X, Y, or Z for the household?
“If I actually managed to have this for myself,” I might have to face how I feel about not having it for so many years.”
“I want to change, but I’m scared of not knowing who will I be if I make this change — and how it will affect my life.”

Giving up reinforces both habitually and in our brains (neuropsychologically) the idea that we can’t, that the safest route is the old route, that “I just couldn’t do it.” In our brains, old habits are like a well-trodden path, which we often take without even realizing it. Giving up on change adds another layer of footprints to that path. The do-over, however, eventually begins to lay down a new pathway in the brain. And the more we practice it, the easier it gets.

This is called neuroplasticity, or creating new neuronal pathways in the brain. The do-over is a tool for consciously changing our brains to make it easier to change ourselves.

I’ve said before that self care relies on knowing, embracing, and meeting your needs. This can be an incredibly uncomfortable task for women. Putting others’ needs first can be such a well-traveled pathway in the brain, it can seem as though there is no other. (See the above-described common arguments for keeping others’ needs at the forefront.) Creating new neuronal pathways that support self care takes time and perseverance. The do-over can help us accept how challenging it can be to change self care habits. It can soften our inner critics and help us to be braver, the second time around, when practicing change.